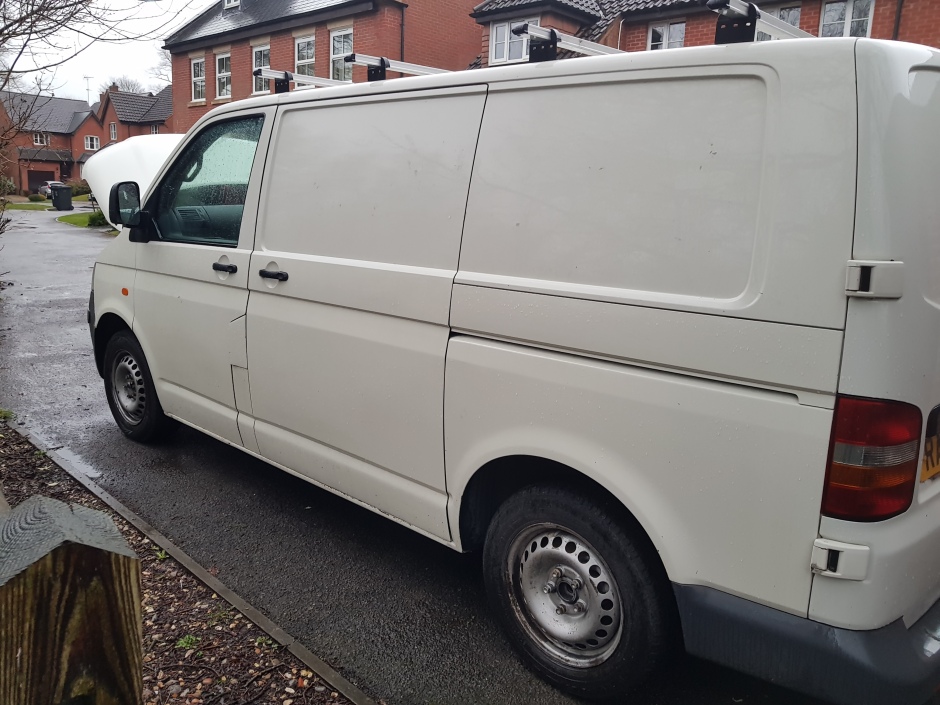 So I’ve been a bit tied up for a few weeks and haven’t been able to post what I’d wanted to. Work has really got in the way; I don’t usually stress much but there was this one client where I worried so much I didn’t sleep for a fortnight.

Anyway, that’s mostly over now and work is back to ticking along as best it can. Alongside that we’ve been busy round the house (I will totally have to share my new dressing room that Sam built for me – everyone is envious!)

And then this happened 2 days ago:

WE ARE NOW THE PROUD OWNERS OF A VW T5 CAMPER VAN!

We’ve been talking about converting a van to go travelling in for some time now, well over a year. But vans are so expensive never mind customising them so I honestly thought it was a pipe-dream.

Anyway, on Thursday evening Sam received a message from a friend with this van listing so he drove straight there to look at it. I was a bit sceptical simply because there is so much round the house we need the money for, but I trust Sam’s judgement; he’s an engineer and we have a classic mini so any work that needed doing to the van would have to be done by him.

I was on the train home at the time and only had one screen-shot message to look at, and the van admittedly did seem ok. A few minutes later Sam called me, which was when I knew it was serious:

Me: Yes, I got your message. What its like?

Me: *rolls eyes* bear in mind we still have a lot of work to do round the house and its my 30th birthday in a few months and we need to save for having children (we found out they are waaaaaaay expensive apparently!)

Sam: Its in really good nick and runs fine. There’s a few bits that need sorting, but its good. And for the price we can’t go wrong [that part was damn true].

Me: [explains he will need to sell the mini long-term as we don’t have money for everything]. I’ll leave it up to you. Just bear in mind the work has to be affordable and do-able by you.

Me to mum: I bet he’s going to buy it. I bet we’ll have to traipse up north this evening to go collect it. He’d better sell that mini.

1 hour later. There is a van on our drive.

AND IT IS BRILLIANT! If not slightly more compact than I imagined, but that’s all part of the fun right?

So… instead of doing things round the house, my pinterest has exploded with #vanlife pins and ideas and I’ve even drawn out a rough lay out, though that’s probably a tad premature right??

I was supposed to be planting my vegetables this weekend so that’s gone right out of the window.

Anyway, I will probably post a bit on here about how we are getting on converting it, and any recommendation will go a long way, so do let me know!