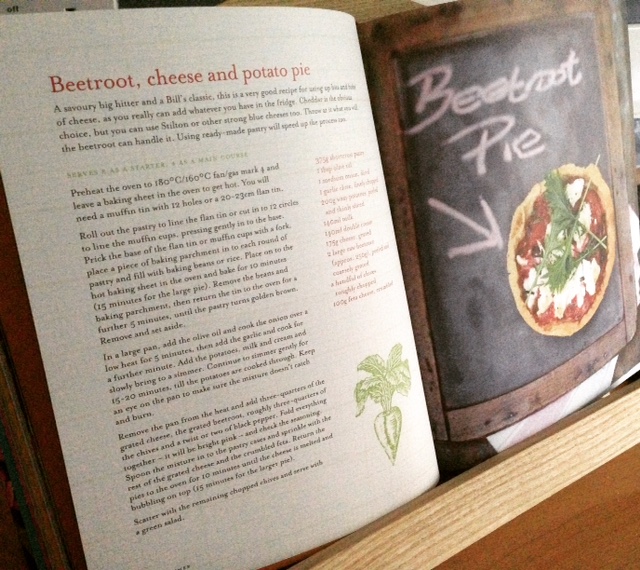 Ask anyone if they have a problem with food, and the honest answer will probably be ‘yes’. Whether its to lose weight or tone up, to meet society’s expectations or just to get a decent Instagram photo, countless numbers of people will have issues with food.

My issue isn’t environmental. It found me.

I’m lactose intolerant, and whilst this may seem pretty run of the mill nowadays given loads of people have some kind of GI, FODMAP, celiac problem, let me tell you it was not easy growing up with it. Being lactose intolerant was just not a ‘thing’ in the 90’s.

I started to become sick at the age of 3 from something as mundane as a bowl of cornflakes. For the following 7 years I would vomit approximately 3 times each evening, 4-5 evenings a week or more. That means I’ve been physically ill more times that many people will be in the course of their whole life times. The doctors thought my mother had munchausen by proxy syndrome because they couldn’t find anything wrong with me and that my mother was on some kind of attention-seeking trip. Just before my 10th birthday and very much a last ditch attempt, my mother took me to a see a private consultant miles away from our home. I can vaguely remember his kind face, crinkling with a smile as soon as he saw me. Before I had even sat down he told my mother that I was lactose intolerant and, sure enough, he was proved right. The doctor was Indian and I’m quite olive-skinned for an English person (more so when I was younger than now); nearly half the Indian population have some form of lactose intolerance and the doctor had recognised the sallowness in my skin.

It was remarkable and the diagnosis literally changed my life. Of course, now I don’t remember much of what my diet was pre-age 10, but I do know it included the usual milk on cereal, milk in tea, etc.

My mother and I were fascinated that a food could do this to me.

If I have a milk product, my body starts to shut down; within 20 minutes I will become very heady, soon after I will start to sweat and then the tummy ache kicks in. Its not like being sick from a hang over or  a tummy bug – then you are only sick from your stomach. With my intolerance I am sick from my small intestine which can be excruciating – everything basically has to go back the way it came from, re-enter my stomach and pick up stomach acids before coming out. Once the tummy aches start its hard to say how long it’ll be before I’m physically sick, each time is different, but I will know in myself whether it will be a short process or if I’m in it for the long haul. The tummy aches cause all the energy in my limbs to be sapped and to be ‘re-directed’ to my digestive system. I’ve lost count of the number of times I don’t have the energy to get out of bed, or have been slumped on the bathroom floor pressing my forehead against the cold tiles. The amount of times I’ve cried for a towel, some water and for my hair to be tied back.

My mother and I started looking into other food groups and were surprised that the power of food can have on our bodies. This was still back in the 90’s and our general understanding of food and how to stay healthy has vastly improved since then, but its always something I find myself coming back to. I watch every episode of the BBC Superfoods series with Kate Quilton and anything else that investigates the pros and cons of eating a particular food. Don’t get me wrong, I’m not a health freak, but at the back of my mind there is always this subconscious nagging to eat well and to eat healthily.

Earlier in the year when I first started blogging I wrote about how I was having a bit of a health and fitness overhaul, the primary objective being to lose some weight.

I’d noticed in August 2016 that I was getting rather tubby and felt increasingly uncomfortable in my clothes. I’d put on so much weight that my work wear was straining on me and that made me lack confidence. 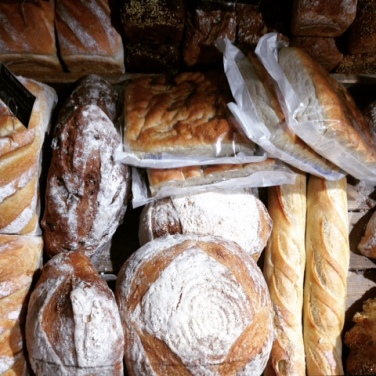 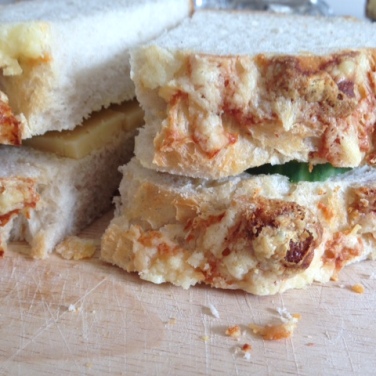 I joined the gym in September and just started doing some basic work outs (I used to really be into fitness so I have some idea of what to do). I admit I wasn’t 100% committed, partly because, with hindsight, I was doing the same thing, day in, day out.

I would rush from the office to the gym, do 20 minutes on the cross-trainer, 10 minutes on the bike and then use some really easy assisted weights to improve muscle tone on my legs. Occasionally I’d use the rower.

Than about November time I got Instagram and came across a fitness fanatic called Kayla Itsines who advocates a wellness lifestyle, but from the comfort of your own room. I don’t particularly like paying for someone to tell me how to exercise and what to eat so I’ve never downloaded her program, but there was enough information and videos on her Instagram feed for me to take away a few pointers. The concept of exercising without having a gym membership or running (though I am partial to the odd run) was intriguing. Although, as I understand it, Itsines builds up the intensity of her programs, it starts by telling you to do a round of exercises that involve no equipment and could be done from your living room.

I carried on with my gym membership, but decided to build in some ‘floor work’ to my routine. I felt so self-conscious using the mats at the side of my gym, in full view of everyone, that I started using the area where they hold classes. I quickly realised there are a lot of people like me who feel uncomfortable struggling to do a sit up in front of everyone else! I started doing a mini-round of basic exercises: 10 squats, 25 sit-ups, 25 Russian twists, 10 leg lifts, 40 cycle sit-ups (I don’t know what they’re called!) and some stretches.

The sit-ups were the killer. For as long as I can remember I’ve never been able to do a sit-up without feeling faint or sick. But I persevered and after two weeks I could do 10 sit-ups without feeling like I was going to black out and that was a real achievement for me. I would still do my time on the cross-trainer and some assisted leg weight lifts, but otherwise I focused on my abs.

Our office Christmas party was in December and I remember being able to buy a size 10 skirt because my waist had gotten smaller. I was so chuffed, even though I had not lost  much weight from anywhere else. But it gave me the boost I needed to see me through Christmas and into the New Year if nothing else. From January through to June I was desperate to get back to how I’d been at university. I didn’t set myself any unrealistic goals, just a target weight that I knew was achievable whilst still allowing me to have the occasional treat. I bought a couple of new figure-hugging dresses ready for our holiday in June and I was over the moon that not only could I fit into them, but I actually looked good. I was proud to be me and, for once, wanted to show off my figure rather than hide away in jeans and baggy jumpers.

I must confess that I haven’t been to the gym much since we came back from holiday in July, and I stopped going altogether in August. I realised that it wasn’t the fitness that I was enjoying (though being half-way toned was quite pleasing!), but rather what I was fuelling my body with. I LOVE food and I could never restrict myself from eating carbs, or having no sugar or doing some weird paleo-diet. I’m a firm believer of everything in moderation.

I’ve always enjoyed cooking and I’m not afraid to throw a few odd ingredients into a meal to make up for an ingredient I’m lacking, but I think I became stuck in a rut. Do you buy the same items in your food shop every week? I was. Do you cook the same meals most weeks? I was. I was watching cooking programmes and thinking ‘that’s great, I’ll do that’, but would then never get round to it. And after over-analysing my food habits I’ve come to the conclusion that its all to do with vegetables.

I’m extremely partial to some mushrooms, garlic, chilli, red peppers (not any other colour), green beans, a cabbage and leek mix, a few potatoes, sweet potatoes, onions, tomatoes etc. It sounds a fair amount, but when I look around the supermarket shelves I realise just how many different types of fruits and vegetables are out there that I don’t even consider. So, I still buy the same vegetables, but now I mix it up a little bit each week – substitute some potatoes for a butternut squash. Simple changes, but ones that excite me to come into the kitchen at the weekend to make something slightly different. I put whatever meat, fish or carbs I want with it, but planning a meal around a particular vegetable really makes it the centrepiece, rather than the add-on because I feel obliged to eat my 5 a-day!

So since August I’ve focused on what I’m putting in to my body and I’m hoping to maintain the weight I lost for our holiday. I’ve put on a couple of pounds since July, but as I’ve been under the weather and I was away for a week with an extremely bad diet during that time, I think that’s understandable.

My parents are both vegetarian so although they allowed me to eat meat, I didn’t eat very much of it and even now I probably only have meat once or twice a week, and sometimes not at all. Its just not a big part of my life.

I’m also not a pudding person. Sweet treats just don’t grab me as much as the smell of a pie baking! My distaste for puds is mostly down to my intolerance as it can be very hard finding a sweet after-dinner treat that doesn’t involve some form of milk, cream, custard or the like. After years of not being able to have it, I honestly don’t really miss it.

I feel that I have reached a place of contentment in my life, with my food choices and with my body.

I hope to continue like this for many years to come. The satisfaction of eating right far outweighs the few minutes of eating too much cake! I’m not disillusioned – I know that life has its ups and downs and that my weight will fluctuate from over indulging some months, but I do believe that awareness is key. After all, how can you keep something in check if you don’t recognise when its going wrong? I’m excited to buy vegetables and that is something to be proud of in my book. For now, I just want to focus on making my body as healthy as it can reasonably be, without denying it anything. A balance: enabling your body to let you live life to its fullest.

We move house in a few short weeks and I’m going to start growing my own vegetables. I sincerely hope this will keep me on track but as I’m not a budding gardener it might be a bit trial and error for a while!