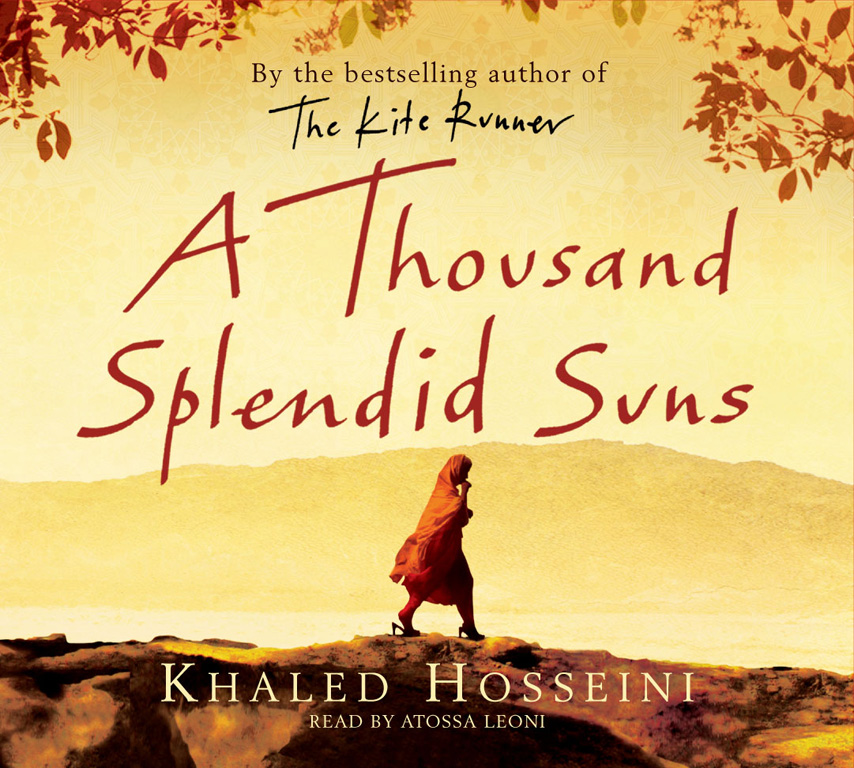 Khaled Hosseini, the author famous for The Kite Runner, delights once again with A Thousand Splendid Suns.

Beginning in Afghanistan in the 70’s, Hosseini takes us on a journey through time, seen from the eyes of two young girls, Mariam and Laila. Enlightening and horrifying, A Thousand Splendid Suns will keep you turning the pages well into the early hours.

Mariam’s story is concise; the reader has but a small window into her modest upbringing on the outskirts of Herat. Longing for acceptance and unwilling to admit to herself the harshness of such a patriarchal society, she unwittingly changes her life forever through one small hot-headed act of love. Forced to marry, an arrangement designed to suit only her burdened ‘family’, she is lead into a life of domestic servitude, bending the knee to her husband’s every whim. Her story is perhaps not unexpected, and the violence she bears is upsetting but all too realistic.

Laila is a different breed. Born to educated parents she believes that society should treat men and women equally. A fighter, but having to submit with the change of the political tide and war, she becomes a survivor.

Laila’s ending is far happier than Mariam’s, though in a way I cannot help but feel that Laila’s story is less believable. I was left feeling hope that the Afghanistani people will be able to rebuild their lives, yet I cannot help but feel that this was premature; the tale concludes a mere year or so after the terror attack of 9/11 and whilst the Afghani people may no longer be subject to civil war, etc, they were about to face war from the Americans and there is little mention of that in the closing pages.

However, aside from a perhaps more hopeful and unrealistic ending, A Thousand Splendid Sons does not disappoint. Harrowing but an altogether brilliant read for any type of reader. Hosseini is a true artist and has a way of stripping back a reader’s emotions to their rawest, purest form. It is honestly one of the best novels I have read in many years and, in my opinion, far surpasses the acclaim of The Kite Runner.