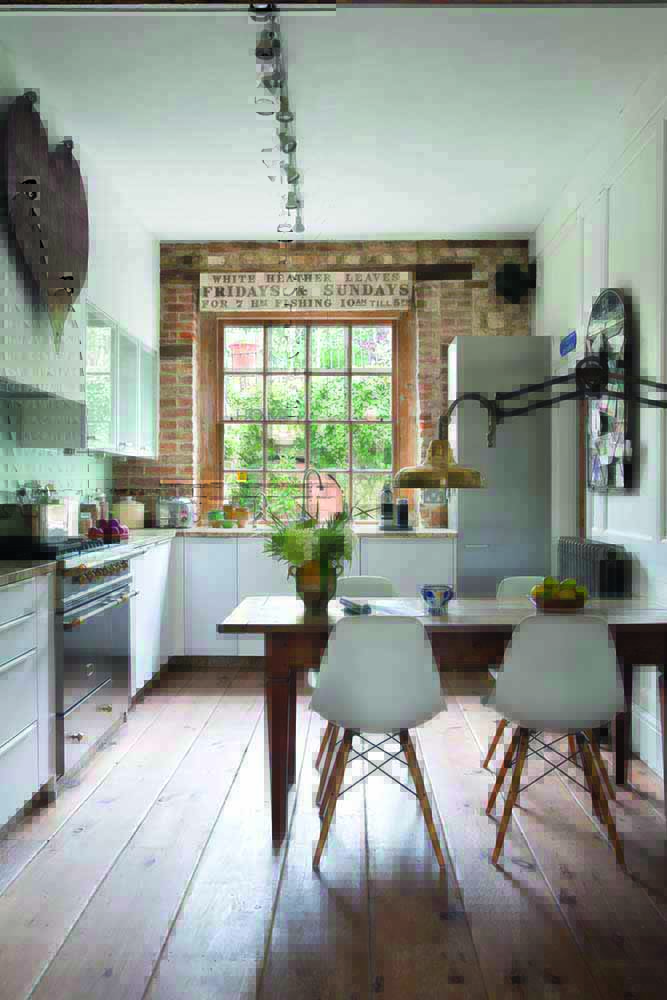 We got married last June and had hoped to be in a position to move house this year. We were pretty confident our little 2-bed house would sell quickly but were really concerned about not being able to find something suitable to buy.

We started looking around mid-December 2016 but it wasn’t until the end of April that a house finally came on the market that we thought was suitable. In fact, it ticked all of our boxes so after the first viewing we put our house on the market.

Since then we’ve been on a bit of a rollercoaster. I thought it would be easy: sell your home and find another to buy. Yeah right!

We had quite a bit of interest in our house but it took a few weeks for someone to make an offer. We didn’t accept it because it was slightly too low. In the meantime, we started second-guessing the house that we thought was so amazing. It was at the top end of our budget but there was something not quite right about it, and we just couldn’t put our finger on it. The house was large, right number of rooms, a garage for Sam, within walking distance of the station for me. I wasn’t overwhelmed by the house when I first saw it on my own without Sam, but came round to it on the second viewing and could see the potential.

Things moved slowly on; our house was still on the market and the sellers of this other house wouldn’t take it off the market for an agreed price – even though the sellers of the house they were buying from had taken their home off the market for them! It was so frustrating. So, as a result, we kept looking around in anticipation that they’d find a buyer before we could sell ours. They did, and to be honest, we accepted that. The house, we’d come to realise, was everything on paper – but it didn’t feel like a home. We didn’t have that ‘cosy’ feeling.

I’m someone who thinks with their head, not their heart.

But if this process has taught me anything its that you need to trust your intuition and to step outside the box.

Our next home will be a family home; a place where we will raise our children in a loving, safe environment. I’ve got visions of walking the children to school around the corner and then carrying on to the train station for work. To spending weekends filling the kitchen with the smells of baking, soup and roast dinners. Having fairy lights over a fire place at Christmas with mugs of hot chocolate, but with space enough for the kids to play and to store our things without feeling on top of each other. Being able to be surrounded by my books but for them not to be intruding into our lives and taking up valuable room. For light, space and air.

To be able to grow and prosper as a family.

And that, is the crux of the matter.

We’re country bumpkins. Even the townscape is too much for us never mind a city. But of the small towns we like around here there are few houses on the market. We’ve also had to consider schools; primary schools really but with good transport links to a secondary school. We don’t plan to move for at least 10 years, and longer if we can help it, so these are things we have to think about. Its looking though we will move to a town for the amenities; schools, extra-curricular clubs for the future children and transport links for us to carry on with our work. Living in the country is wonderful; the clean air, the woods and the wildlife, and being able to set out for a walk from your front door rather than driving to a particular location. I guess we just don’t need the fast bright life of the city. Our idea of an evening out is a trip to the cinema or a restaurant and being home by 10pm. But, just maybe, we now have to put that to one side and to focus on what would be best for us and a little one – and that means making life a bit easier by not having to travel for 30 minutes to get anywhere.

But what house is a whole other question. We are both attracted to period homes but few of these have garages and some not even off road parking. Off road parking is a must have, but Sam has had to decide whether he wants a garage (currently housing our mini) or a workshop space. We’ve also gone full circle and are back considering new-ish builds too as they offer more space for the money.

We’ve viewed a fair few houses now and everything is nearly there, but not quite. Houses that are on a busy road >have a bad layout >are too far for Sam to get to work > have inadequate local schools >needs so much improvement work it should be bulldozed. Etc.

We will remain hopeful though! We’ve sold our house now so we are in a good position to buy. Fingers crossed something will come up!

In the meantime, my Pinterest is bulging with decor ideas for our next home. I love wood, subway tiles and trailing greenery with hues of grey to break up the walls and soft furnishings to bring it all together. Here a few of my favourites: 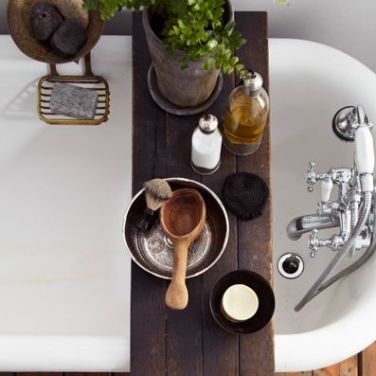 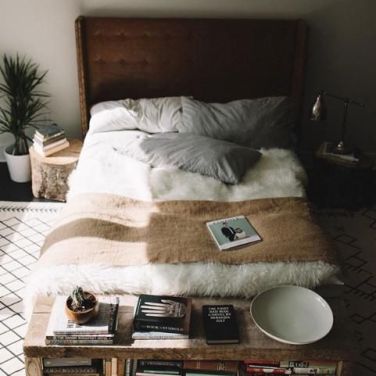